Another ODZ to be destroyed: "Gozo residents are used to rural odours" 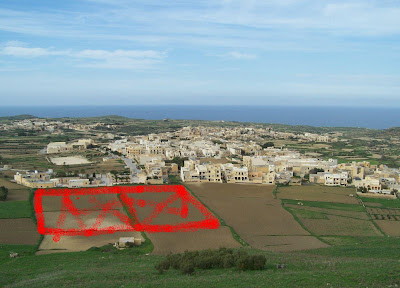 This comment by the developers of the proposed mushroom factory at the prestine agricultural lands at Ta' Dbiegi, should be deplored by all people who got some common sense.

This comment was reported this Sunday on MaltaToday by journalist James Debono.
The report says that a proposed mushroom factory earmarked for an outside development site near the five-star Kempinski San Lawrenz resort has attracted concern from MEPA’s natural

heritage panel. The panel said that the factory could produce offensive odours in the vicinity of Gozo’s crafts village and the holiday resort, despite the mitigation measures being proposed by the developers.

Forget the above Kempinski Hotel for the moment....forget the crafts village for the moment....
What about the residents on Triq Frangisk Portelli (in Gharb) and the wehreabout who are just few metres away from this proposed development?
It is most arrogant that the developers of the 'farm' have claimed in an environmental planning statement that residents are used to “rural odours” since manure is used to fertilise the surrounding fields.
How can one compare the CO2 emissions, specifically the amount of Greenhouse Gas (GHG) emissions that will be emitted by the process of the mushroom facgtory to the fertilisation added to the agricultural land once a year before ploughing takes place after the first ain?
Is it that possible that MEPA or the developers are truely not aware that the aerobic/anaerobic decomposition of the manure to be used in the mushroom cultivation process is a big generator of GHG emissions (CO2, methane, ammonia)?
Thank goodness that the Naturtal Heritage Panel commented that the odours could negatively affect the Ta’ Dbiegi crafts village and other residential units in the area. “The total elimination of these risks is well-nigh impossible,” the panel stated.
While the Environmental Project Statement (paid by the developers) says the scheme will not impact the landscape, the natural heritage panel expressed its concern on the loss of high quality agricultural land.
Much was written about this proposed development in yet another Outside Development Zone (ODZ) in Gharb way back last year. The applicant is proposing a 14,000 square meter (14 tumoli) construction within an ODZ area. The area is designated, within the relevant Local Plan, as land of agricultural value. The area is also included within the Linear Country Parkways and Circular Walking Routes in the Local Plan. The proposed development will effectively dwarf the 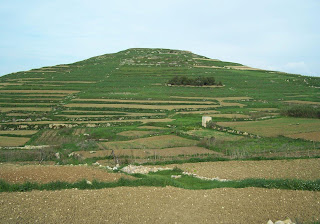 crafts village since its total roofed area is almost twice the size of the entire crafts village.
In my opinion, one of the best contributors was a 'foreign' Gharb resident who wrote specifically on this proposed development in yet another ODZ: "Please Stop The Rape of Gozo For Ever"
Now it appears that this became a concern for the 'local' Gharb residents as well. At least they are directly concerned about what is to happen in their own backyard.
I understand that this is quite a shallow vision of what people here in Malta say that 'we like the environment'. It seems that people 'wake up' when an environmental disturbance would take place in their own vicinity. But I just hope that Gozitans will finally realize that "today it is me tomorrow it is you". So it is very important that at least now we ALL support each other.
Just a note: The developers are listed as one of the "List of persons entitled to priority boarding on the Gozo Channel Company's Vessels" together with HE the President and HE the Prim Minsiter amongst others. 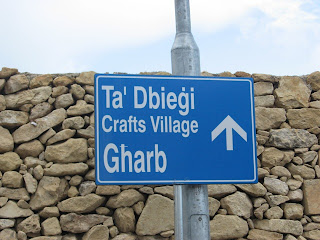 Shame on MEPA and whoever may be resposible. I can think of many alternative sites to Ta' Dbiegi - A residential area and prime tourist zone with scores of beautifull farmhouses not to mention a 5 Star Hotel and ONLY crafts village on the island. What does MEPA stand for as I cannot see serious planning anywhere, nor the safeguard of the environment. We the residents of Gharb will be suffering the concequences. This will ruin a truly unique part of Gozo. Well done Victor. It is prime time that everyone knows of this mess.

One of many angry and disappointed Frangisk Portelli Street residents

I hope too that people will learn that we have to take care of the open spaces left between the villages of Gozo. Otherwise we will soon trun another malta-island...a concrete jungle in the Mediterranean.

What more can I say? I have written so much on the subject already, it is like banging your head against a brick wall!!
This part of Gozo is so special - Ta' Dbiegi is a dream when the narcissus flower, and the view from up there is magnificent. We are lucky enough to have a view of it from our roof. One of the first things I do if I have been away from the island is to make my way up to the summit, sit down and breathe in the smell of the sea and wild thyme - and I know I am home!
Sad if I can no longer do this!